FREE SHIPPING ON USA ORDERS OVER $30

Initially I used the stickers, the first one lost stick when I walked my dog maybe 6 hours after putting on, the longest one lasted 24 hrs and would’ve gone longer but I gently peeled it off. I glued some of them back on with the glue provided but I was being an idiot and had to work 48 hours after gluing and my work doesn’t allow long nails. I soaked them for a good 45 minutes in water before they came off, and not a single nail has any damage, which I can’t believe! I would definitely recommend these !

B
Boujee Brenda Moaning
love these

I love Luxxi nails. They look like I just walked out of the nail shop. I receive so many compliments on my nails. I have 3 now will be purchasing a few more. the delivery is awesome

these nails are so different! I love the patterns, the colors and the Bento box(that's a hoot) I will be buying more

K
Gossip Kristina Montebello
I am in love with LUXXI nails!!

This is my third purchase and I cant stop! Nail salon quality without the pricing or having to leave home! 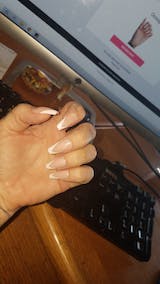 Exactly as pictured. Easy to apply and if done right will last up to 2 weeks! Love them!

The styles of these nails are great!, I'm recommending them to all my friends

I simply love them! 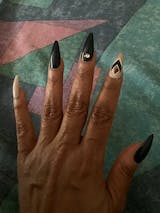 Loved the design !! Received a lot of compliments on them, most definitely will be purchasing again!

10/10 recommend these nails!! They are so cute and last a long time for press ons!

Beautiful design the nails all seemed to be cut different near the cuticle though, especially the thumb nails. 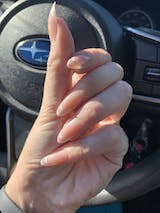 I love them fit perfectly

So simple, cute, and of course classy😌.

I’m obsessed with these nails! They are a perfect length & love the color. I’ve gotten so many compliments on them! It was definitely worth the money.

Super cute! Will buy it again :)

One of my favorite features is that these nails are sturdy they do not have a flimsy feel at all.
The design is very pretty and I like the stiletto shape.
This said exceeded my expectations!
I definitely recommend this set. 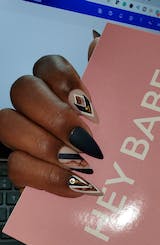 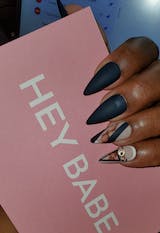 I got the bento box (so worth it) & I got this set and I put these on first. Y’all these are so cute!! I’m not really a fan of this shape on me but these have made me like them. I only wore them for 2 days but so far so good!

Perfect White Stiletto Nails. Very easy to apply. I never have to go to the nail salon again!!

They are very cute and have a great sheen to them. I filed them down some and they did well being filed. 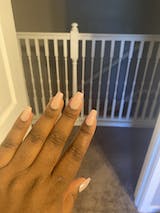 I'm in love with these nails. Definitely getting more very soon!

These are my fourth set of Luxxi nails, and I really am so pleased! All I receive are compliments on all of my Luxxi manicures, and I have already received so many on “Hot Girl”, two days new!! I’m obsessed!! 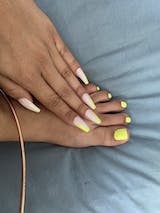 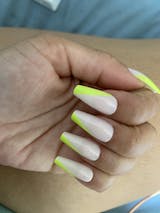 Love this product! Received so many complements. Lasted about a week and a half.